Skip to content
Previous Next
$1.7 million grant awarded to Institute 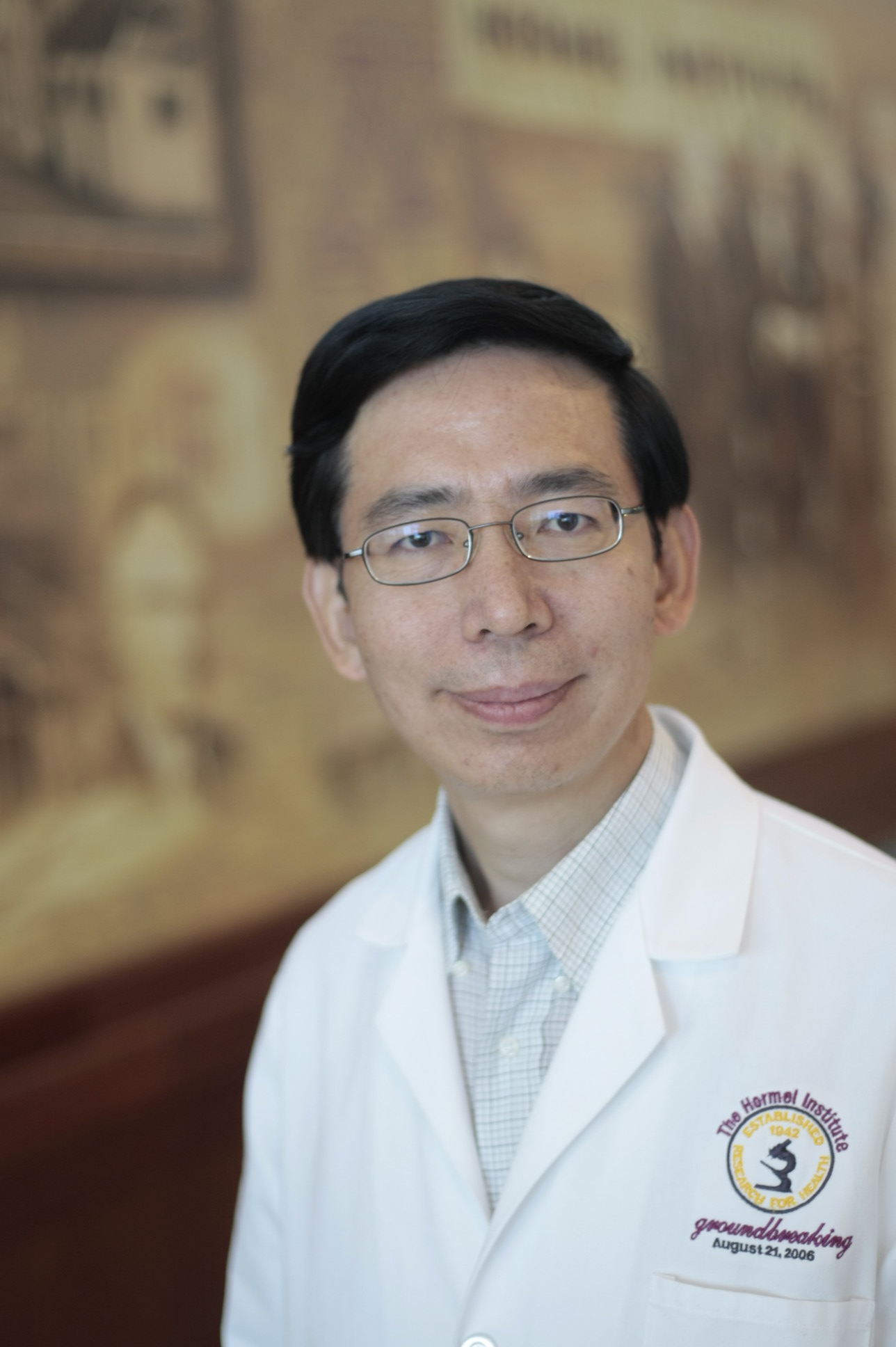 More than $1.7 million has been awarded to The Hormel Institute, University of Minnesota to continue its supercomputer-assisted development of agents that are more effective and less toxic in preventing and treating colorectal cancer.

Executive Director Dr. Zigang Dong, who leads the Cellular and Molecular Biology research section at The Hormel Institute, will serve as the principal investigator of the project focused on fighting colorectal cancer, the third most-common cause of cancer death in the United States. The study is funded by a five-year federal grant that runs through 2020 from the National Cancer Institute, part of the National Institutes of Health.

“Through these newly funded studies, we will use state-of-the-art technologies and innovative methods to develop more effective agents that target β-catenin with fewer side effects for preventing and treating this deadly form of cancer,” Dong said.

As part of its 2006-2008 expansion, The Hormel Institute developed an International Center of Research Technology that features two IBM supercomputers with an array of other cutting-edge research equipment. With the project, Institute researchers will focus specifically on targeting the Wnt/β-catenin signaling pathway for colorectal cancer prevention. Mutations that result in the constitutive activation of the Wnt/β-catenin pathway can lead to colon cancer. Wnt(s) have diverse roles in regulating cell fate, proliferation, migration and death.

Late last year, Dong’s team had related work on colorectal cancer published in the open-access journal EBioMedicine that provided a promising strategy for preventing and treating the disease. The study showed evidence that the TXA2 pathway also plays an important role in the processes leading to colorectal cancer and it laid the groundwork for introducing a strategy to target TXA2 for colorectal cancer prevention, early detection and management.

While reliable biomarkers remain a serious issue for the early detection of colorectal cancer, The Hormel Institute’s findings in that study suggest that circulating TXA2 levels might have a potential prognostic or predictive value for detecting colorectal cancer early. Work is underway to further confirm the biomarker’s clinical performance.

Since 2001, Dr. Zigang Dong has served as Executive Director of The Hormel Institute. In 2008, Dong became a recipient of the National Cancer Institute’s MERIT Awards recipient. The MERIT Awards provide long-term support to investigators who have impressive records of scientific achievement in research areas of special importance or promise.