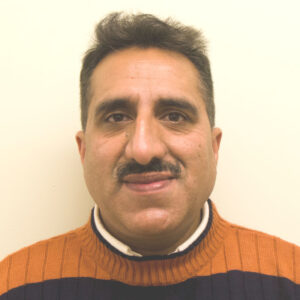 More than $1.7 million has been awarded to The Hormel Institute, University of Minnesota for research aimed to develop innovative new treatment options for prostate cancer.

Metastasis is a process that involves the dissemination of cancerous cells from primary tissue (prostate) to distant organs, such as bones or the liver. This dissemination causes secondary tumors to form at new sites in the body. These tumors are often challenging to treat due to frequent association with resistance to existing drugs in chemotherapy.

There are few treatment options for the metastatic prostate cancer disease, primarily due to a lack of knowledge about the molecular pathway that drives the phenomenon of metastasis at the cellular level. This study and the identification of molecular mechanisms underlying metastasis could lead to the identification of new targets for new drugs to treat this lethal disease.

“By targeting S100A4 we could inhibit metastasis in genetically engineered models and identified a novel small molecule inhibitor of S100A4 protein,” said Saleem. “The initial testing of this inhibitor has provided a rationale to test it under large scale experimental conditions.”

Furthermore, the team will test a neutralizing antibody against this protein at The Hormel Institute through further testing.  Since very few options are available to treat metastatic prostate cancer, the successful outcome of this project will identify a new target-based approach to prevent and treat the disease in men.

Prostate cancer is the most common cancer in men in the United States after skin cancer and is the second-leading cause of death from cancer in men. The disease often does not have early symptoms and typically grows slowly, according to the National Cancer Institute.