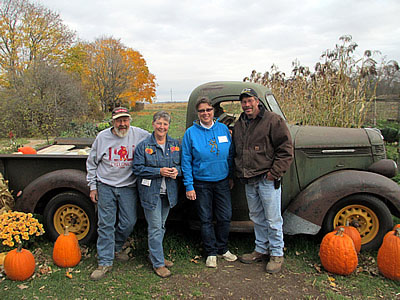 A new Paint the Town Pink fundraiser is still reaping the benefits from last year’s season of planting. The Pink Pumpkin Patch Foundation recently announced The Hormel Institute, University of Minnesota as the recipient of this year’s $15,000 grant to support breast cancer research.

Farmer John’s Pumpkin Patch was one of the nation’s pumpkin growers who committed to giving a percentage of proceeds from every pink pumpkin sold last fall to organizations involved in breast cancer research through the Pink Pumpkin Patch Foundation. Formed in 2012, the Pink Pumpkin Patch Foundation provides aid in the fight against breast cancer by raising donations and then reviewing and awarding grant applications to cancer research organizations. 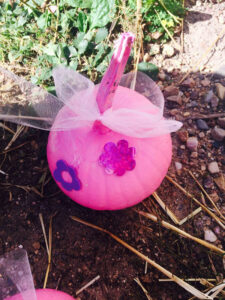 “This was our first experience growing the Porcelain Doll pink pumpkins as well as hosting a ‘Painting the Patch Pink’ event,” John Ulland, most commonly known as “Farmer John,” said. “Many were involved, much was learned and the end result was fantastic. It is my hope to build on this experience, to involve more people, to increase awareness of the value of the research done here in Austin, and to be an example to other growers all over the nation how they might do the same.”

Farmer John’s kicked off the 2016 Paint the Town Pink season last September with a weekend full of events, including picking a pink pumpkin or painting a pumpkin pink, wagon rides pulled by a pink John Deere tractor, and many more PINK activities.

Farmer John has grown pumpkins since 1988. Visitors to the pumpkin patch run by him and his wife, Jan, can go into the field and select their favorite pumpkin from more than 30 varieties. Most varieties are orange while some are white, grey, red or tan.

Earlier in March, the 2016 PTTP total fundraising amount of $272,000 was announced. In just six years, “Paint the Town Pink” has raised more than $825,000 overall in support for The Hormel Institute’s world-renowned breast cancer research in Austin. Funds from this year will once again be distributed mainly to “seed” grants through an application process open only to researchers at The Hormel Institute for new breast cancer projects.  These funds greatly help researchers try out new ideas and gather preliminary data to assist them in applying for major research grants, as well as some of the funds for new technology.