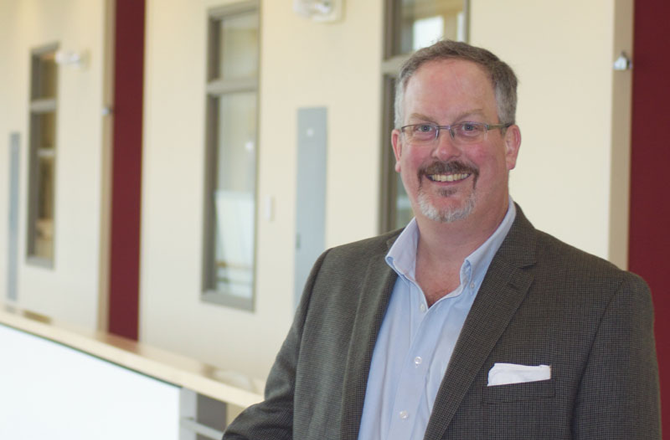 Dr. Edward “Ted” Hinchcliffe, leader of the Cellular Dynamics section at The Hormel Institute in Austin, MN, has his research featured on the US Department of Defense website, specifically the homepage for Congressionally Directed Medical Research Programs.  Dr. Hinchcliffe’s research focuses on mitosis, or the division of cells, and mistakes made during that process that can lead to cancer.

“One potential cause for cancer development is mistakes during cell division -going from one cell to two cells- causing re-arrangements of chromosomes,” said Dr. Hinchcliffe, who joined The Hormel Institute from University of Notre Dame in 2008.  “This is called ‘chromosome instability‘.  Examination of tumors revealed that by the time these have become cancerous, they have imbalanced chromosome numbers, meaning that they have lost or gained whole chromosomes.”

For the research featured on the US Department of Defense website, Dr. Hinchcliffe and his team made the observation that the genes found to be mutated in pediatric brain cancer are involved in normally preventing chromosome loss.  Under those conditions the cells make mistakes that should result in the activation of the “fail-safe”.  When the mistakes are not corrected for, like in developing brain cancers, the cells become abnormal and develop into tumors.

“We study how these mistakes in chromosome segregation are linked to the mutations observed in patients,” Dr. Hinchcliffe said. “Without this basic knowledge, it is impossible to design new, effective treatments for these devastating diseases that greatly affect our service members and their families.”

Dr. Hinchcliffe’s research on this subject was published in the June 2016 issue of Nature Cell Biology and was supported by grants from the US Department of Defense and National Institutes of Health as well as funds from Austin’s annual “Paint the Town Pink.”