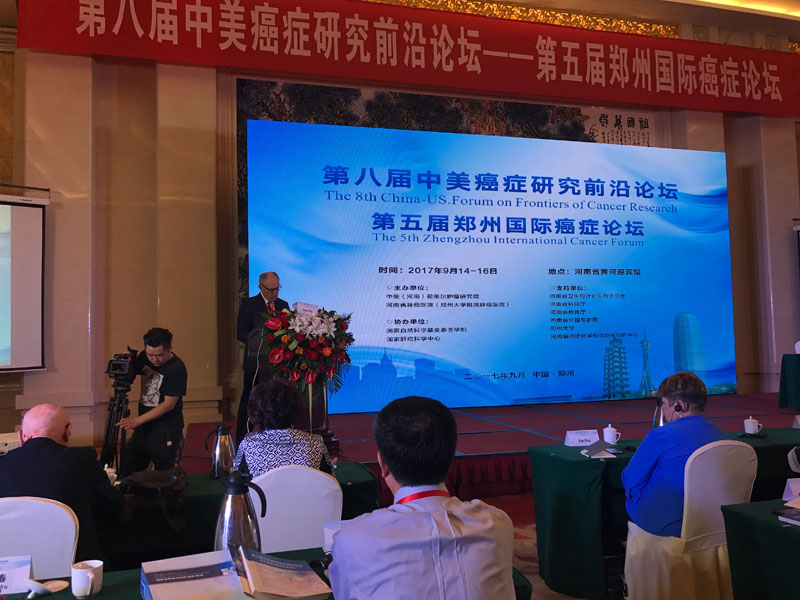 The Hormel Institute, University of Minnesota recently cohosted the 8th China-U.S. Forum on Frontiers of Cancer Research and The 5th Zhengzhou International Cancer Forum on September 14-15, 2017 in Zhengzhou, Henan, China.

The quest to accelerate answers to cancer was the mission of the conference that is held internationally (last year in Austin) and this year drew hundreds of researchers from around the world. Speakers included Drs. Zigang Dong, Ann Bode, Kongdong Liu, Mee Hyun Lee, Feng Zhu, Yong Yeon Cho and over 20 other leading experts.

Gry Ray, chair of The Hormel Foundation, was keynote speaker launching the forum, and spoke of his support of collaborative research between U.S. and China and countries around the world.

“Having so many scientists gather from across the globe reinforces the thought that we will find a cure to cancer with the cooperation of all in this global fight,” said Gary Ray, chair of The Hormel Foundation.

“This is a great opportunity to advance knowledge and further understand this destructive common disease that affects all nations.”