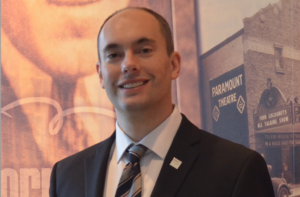 Melanoma is the most dangerous form of skin cancer. According to the CDC, Minnesota has the highest incidence of melanoma in Midwest states. Despite advances in melanoma research, the five-year survival rate for patients with advanced disease remains around 16%. Scientists recently have developed therapies that specifically attack melanoma cells, leaving normal cells unharmed. Two therapeutic agents, vemurafenib, and dabrafenib, are FDA-approved for the treatment of advanced melanomas that carry BRAFV600E mutations. Although the initial response to these inhibitors can be dramatic, the melanomas nearly always become resistant.

Dr. Robinson and his team from The Hormel Institute will be determining and validating the core mechanisms of melanoma’s resistance to these inhibitors. They will use a new model of melanoma they have developed that provides an exceptional experimental system to study this issue.

“I am honored to receive this ‘Research Scholar Award’ from the American Cancer Society,” said Dr. Robinson. “The research it will fund will greatly assist in the development of novel therapies that will improve the outcome for patients with melanoma.”

The American Cancer Society is the largest nonprofit source of grant funding for cancer researchers in the United States, other than the government.  This Research Scholar Grant will go into effect in January, 2018. In October, Dr. Otis Brawley, Chief Medical and Scientific Officer for ACS and American Cancer Society executives visited The Hormel Institute, UMN, to plan and develop further support for The Hormel Institute’s cutting edge cancer research.