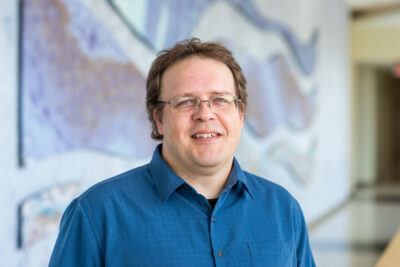 Jarrod was born in Niagara Falls, Canada and completed his BSc in Chemistry and Biology at Brock University where he spent time conducting undergraduate research in organic and physical chemistry. For his graduate studies, he joined a newly created tri-institutional chemical biology program offered jointly between Cornell University, Rockefeller University and Memorial Sloan-Kettering Cancer Center. Jarrod spent two years in New York City, under the direction of Anthony Sauve, investigating the mechanistic enzymology of Sirtuins and related proteins. He then moved upstate to complete his PhD training in the laboratory of Steven Ealick. There, he spent the majority of his time investigating the structure and function of proteins involved in purine metabolism using X-ray crystallography and related biophysical methods. After earning his PhD, Jarrod went on to become a Canadian Institutes of Health Research Postdoctoral Fellow at The Pennsylvania State University in the laboratory of Stephen Benkovic. During his three years in this lab, he used an integrative, cross-disciplinary approach to investigate a newly discovered biomolecular structure called the purinosome. Jarrod was recruited to Stony Brook University in 2014 as an Assistant Professor with a joint appointment in the Department of Chemistry and the Department of Biochemistry and Cell Biology. In the summer of 2019, he was promoted to Associate Professor with Tenure. In the fall of 2019, Jarrod (and the lab) moved to The Hormel Institute, University of Minnesota in Austin, Minnesota. Currently, Jarrod is an Associate Professor and Section Leader, Nucleotide Metabolism and Drug Discovery, at The Hormel Institute, University of Minnesota.

American Association for the Advancement of Science (AAAS)

Our research group takes a multi-disciplinary and highly collaborative approach to identify the molecular determinants of protein function and dysfunction in various physiological contexts. The overarching goal of our research is to exploit the knowledge that we generate to develop novel or improved therapies for a range of devastating human disease.

We have a number of projects ongoing in the lab, primarily aimed at uncovering novel disease mechanisms or targets for drug discovery. Brief descriptions of some of our NIH and NSF funded projects are provided below.

Structure, function and cellular dynamics of macromolecular metabolic machines. All living things require nucleotides; they serve crucial roles in DNA and RNA, act as neurotransmitters and are involved in the storage and transfer of energy. Because these pathways are critical to the cell and are up-regulated during growth, anti-metabolites that target nucleotide metabolism were one of the first types of chemotherapies developed and are still one of the most broadly used classes of anti-cancer treatment today. The proteins responsible for the de novo biosynthesis of purines were recently discovered to associate into a dynamic multi-protein mesoscale assembly called the purinosome. This molecular super-structure enables the cell to have both temporal and spatial control over metabolic flux while sequestering reactive intermediates. Our group is investigating the structural determinants and mechanistic underpinnings of this critical metabolic machine and related structures involved in pyrimidine metabolism. We expect that our work will uncover critical insights into how nucleotide metabolism is regulated and will provide new targets for the development of novel anti-cancer treatments.

The Sts proteins – structure, function, mechanism and drug discovery. A recently discovered class of proteins called the Suppressor of T-cell receptor Signaling (Sts) have been shown to act as negative regulators of the immune response. Our collaborator, Nick Carpino, discovered that knockout of the Sts proteins in a mouse model led to profound resistance to infection from a host of different fungal and bacterial pathogens. While the exact mechanisms are still unknown, we postulate that functional inactivation of the Sts proteins generates a distinct enhancement of the immune response that restricts the growth and more effectively clears the pathogen. The Sts proteins are characterized by a distinctive C-terminal histidine phosphatase (HP) domain, an N-terminal ubiquitin binding (UBA) domain, and an SH3 domain believed to be responsible for protein-protein interactions. In addition, we recently discovered a novel domain spanning the UBA and SH3 domains that has a relatively unprecedented 2’-cyclic nucleotide phosphodiesterase domain. Our work on the Sts proteins, conducted in collaboration with the Carpino lab, is focused in two main areas. We are conducting studies of the fundamental functions, mechanisms and structure of the Sts protein and its domains. In addition, we are currently using high-throughput and structure-guided approaches to identify and characterize inhibitors of Sts function. For the latter project, we aim to identify an Sts inhibitor that will recapitulate the phenotype of the Sts knockdown. The long term success of this work has the potential to significantly reduce the morbidity and mortality attributed to a number of systemic infections.

Photoactivation and signaling mechanisms of BLUF- and LOV-domain photoreceptors. The goal of this work is to determine the molecular mechanisms that couple light absorption to the activation of downstream biological processes in flavoprotein photoreceptors. In collaboration with the laboratory of Pete Tonge at Stony Brook University, we complement static and dynamic X-ray crystallographic experiments with time-resolved spectroscopy to elucidate molecular details with a high level of spatial and temporal resolution. This work will significantly advance our understanding of fundamental signaling events and provide a foundation for optogenetic tools. We are also using our novel approach for time-resolved serial crystallography (CSAW), to obtain molecular movies of the dynamic structural features of the photoactive proteins under study. Our current work is focused on the blue light using FAD (BLUF) proteins and the Light Oxygen Voltage (LOV) class of photoreceptors.

NIH R01AI141592 (in collaboration with N. Carpino at Stony Brook University) – Optimizing the immune response by targeting the Sts enzymes; through 11/2022